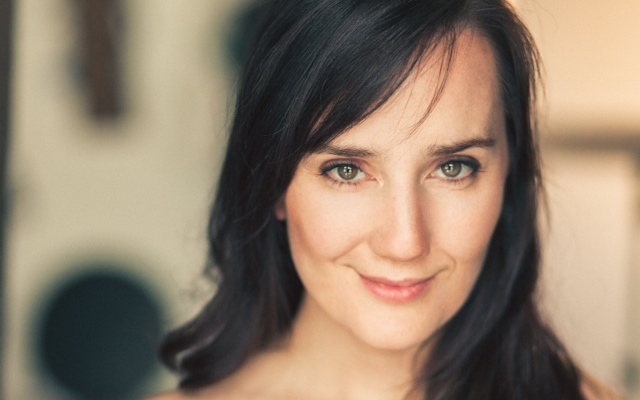 A two-time Metropolitan Opera district winner and regional finalist in 2008 and 2009, in 2010 she was awarded a grant at the Giulio Gari International Singing Competition in New York. She moved to Europe after completing a Master of Music degree in vocal performance at the New England Conservatory where she was awarded a distinction in performance and a Bachelor of Arts degree with highest honours in music and French literature from Emory University. She also studied composition at the Conservatoire International de Paris.

Most recently she covered Lakmé with Opera Holland Park as part of the Christine Collins Young artist programme. This past spring she sang her first Violetta in La Traviata with Opera Lyrica in London and this winter she returned to sing with UC Opera in London for the third time as Arcabonne in J.C. Bach’s Amadis de Gaule. Most recently she sang with Opera Project at West Green House Opera when she reprises the role of Madame Herz in David Parry’s version of Der Schauspieldirektor. Her recent roles includeZerlina in Don Giovanni at the Lyyckå Kammarsmusic Festival, Sweden, Giselda in Verdi’s I Lombardi with UC Opera, Madame Herz in Mozart’s Der Schauspieldirektor with Stanley Hall Opera, Céphise in the UK premiere of  Rameau’s Acante et Céphise with UC Opera, and Frasquita in Carmen both with Focus and Regent’s Opera.

Her performance credits include The Queen of the Night in Mozart’s Die Zauberflöte, Giunone in Cavalli’s La Calisto, Micaëla in Carmen and Musetta in La Bohème. During the 2007–2008 season, she was a member of the San Diego Opera Ensemble where she toured for 7 months in both Die Zauberflöte  as the Queen of the Night, performing the role over 80 times. And this past fall she was a soloist with Merry Opera’s touring production of their staged Messiah.

Contemporary music being of a particular interest to her, she has participated in several New Music Projects. In November 2008 she sang Ophelia in the world premiere of Steve Everett’s chamber opera Ophelia’s Gaze with the Vega Quartet and the premier of John Anthony Lennon’s Oratorio Eternal Gates in 2011. She sang the premier of Nuits by Lee Hoiby and Tembang Gede by Steve Everett at IRCAM at the Centre Pompidou in Paris. She also appears on the recording “50” singing a work commissioned by the University of Illinois Experimental Music Studios.