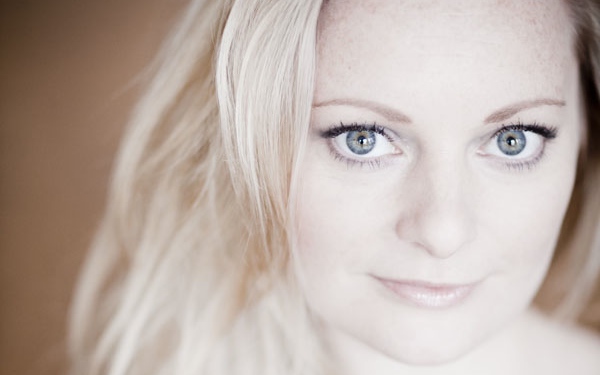 “I am delighted that last year’s festival was such a success. The Clapham Opera Festival was created by Marie Soulier to support opera and to help make her Clapham neighbourhood  a place for the wider community to experience this wonderful art form. It is great to see that this is what has actually happened and that her dreams are being realized. Opera should not be an elite art form as it is often represented. It should be for everyone to experience the emotion and joy which opera can bring to them. I am so happy to be associated with this brilliant venture.”

Lucy Crowe has established herself as one of the leading lyric sopranos of her generation. Described as having a voice of bell-like clarity with an impeccable vocal technique and powerful stage presence she has performed and recorded with many of the world’s greatest conductors. These include Yannick Nezet-Seguin, Emannuelle Haïm, Sir Antonio Pappano, Sir John Eliot Gardiner, Sir Charles Mackerras, Sir Roger Norrington, Edward Gardner, Andris Nelsons, Trevor Pinnock, Mark Minkowski and Harry Bicket.  She made her Salzburg Festival debut under Ingo Metzmacher. She has given recitals throughout the UK including London’s Wigmore Hall and the 2013/14 season saw her recital debut at Carnegie Hall, New York.

Her operatic roles include Servilia (‘La Clemenza di Tito’) for the Metropolitan Opera, New York; Belinda (‘Dido and Aeneas’) and Gilda (‘Rigoletto’) for the Royal Opera House, Covent Garden;  Sophie (‘Der Rosenkavalier’) for the Deutsche Oper Berlin, the Bayerische Staatsoper, Munich and Covent Garden; Poppea (‘Agrippina’) and Drusilla (‘The Coronation of Poppea’) for English National Opera;  Dorinda (‘Orlando’) in Lille, Paris and for the Opera de Dijon and ‘The Fairy Queen’ and the title role in ‘The Cunning Little Vixen’ for Glyndebourne Festival Opera.  She made her US Opera debut as Iole in Handel’s ‘Hercules’ for the Chicago Lyric Opera to critical acclaim.

Her most recent engagements have  included concerts with Iván Fischer in Berlin, a European tour with Haïm, Rome with Pappano, Munich with Gardiner, the London Symphony Orchestra under Elder, and the Philharmonia Orchestra with Salonen. In opera she has played Iole (Hercules) in Toronto and Susanna (‘Le Nozze di Figaro’) for The ROH Covent Garden. Future engagements include Adina (‘l’Elisir d’Amore’) for the ROH, Covent Garden and returns to Glyndebourne, ENO and the Metropolitan Opera New York.

Lucy was awarded a Fellowship of The Royal Academy Of Music in 2014.